Selected as one of the 13 finalists from 280 entries from 40 countries.

“#DrivenByDesign Contest – This contest is a crowdsourcing online event inviting fans of Mahindra Racing to design the livery on the Mahindra M3Electro car that will feature in Season 3 of the Formula E Championship, 2016. Livery refers to a uniform, insignia or symbol adorning, in a non-military context, a person, an object or a vehicle that denotes a relationship between the wearer of the livery and an individual or corporate body. Often, elements of the heraldry relating to the individual or corporate body feature in the livery.” 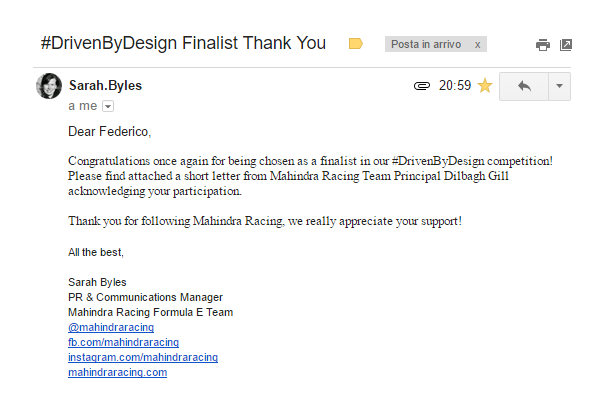 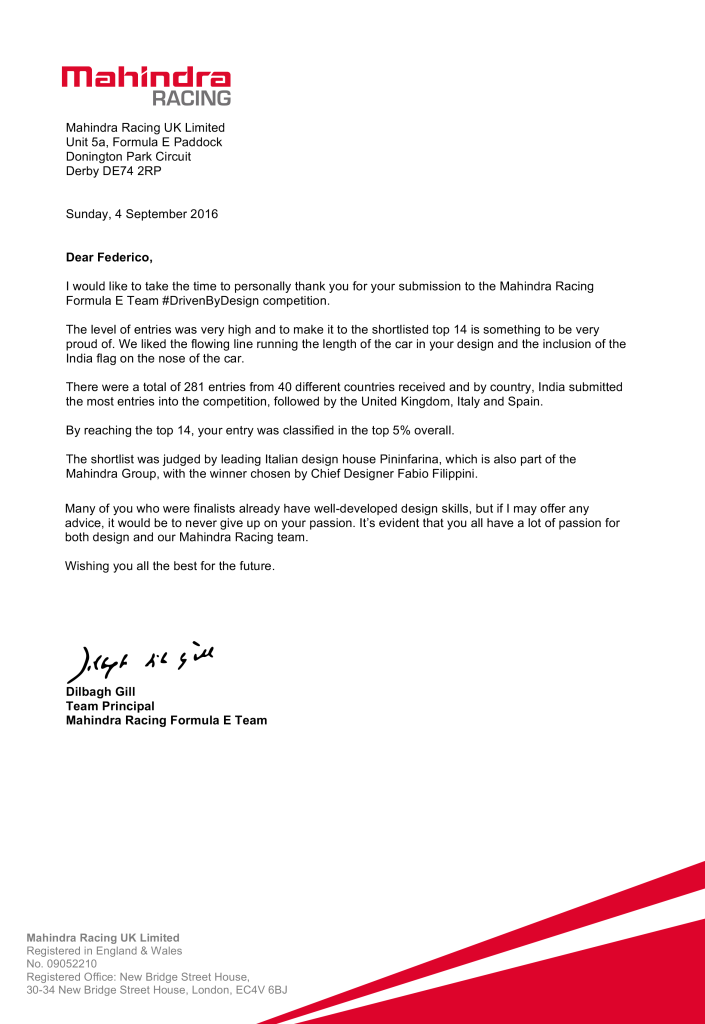 Here the slider with the two proposal for the contest. 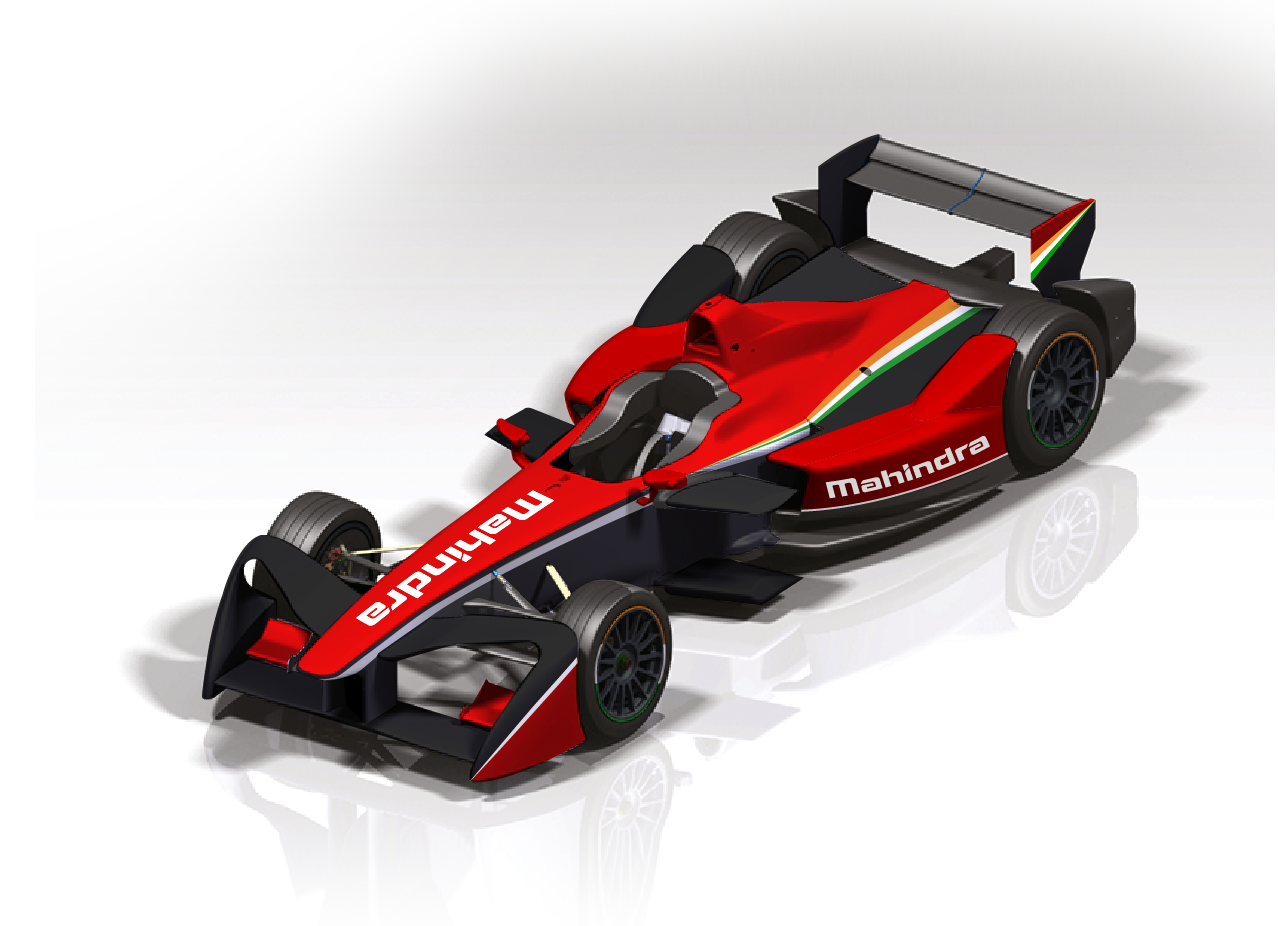 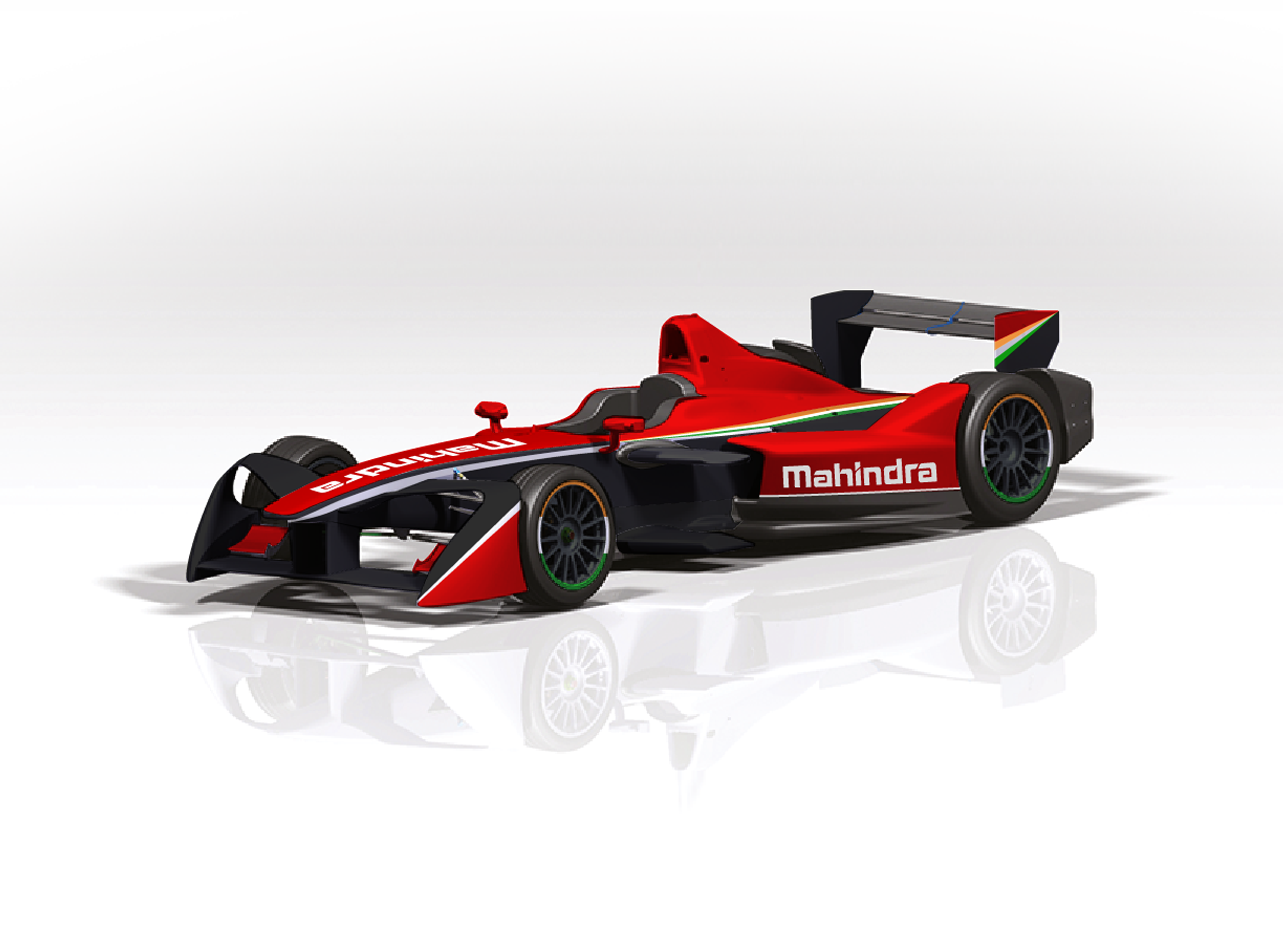 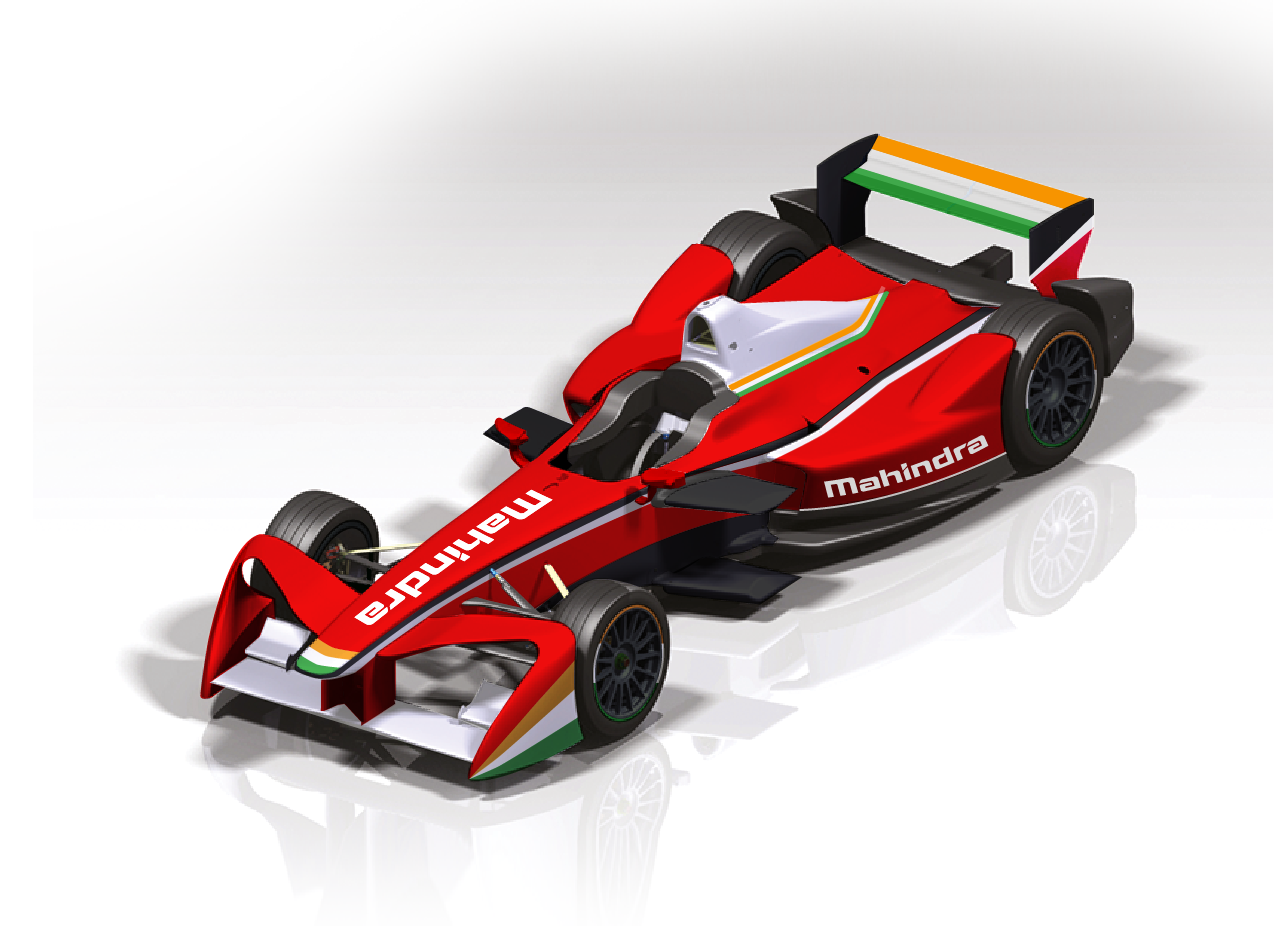 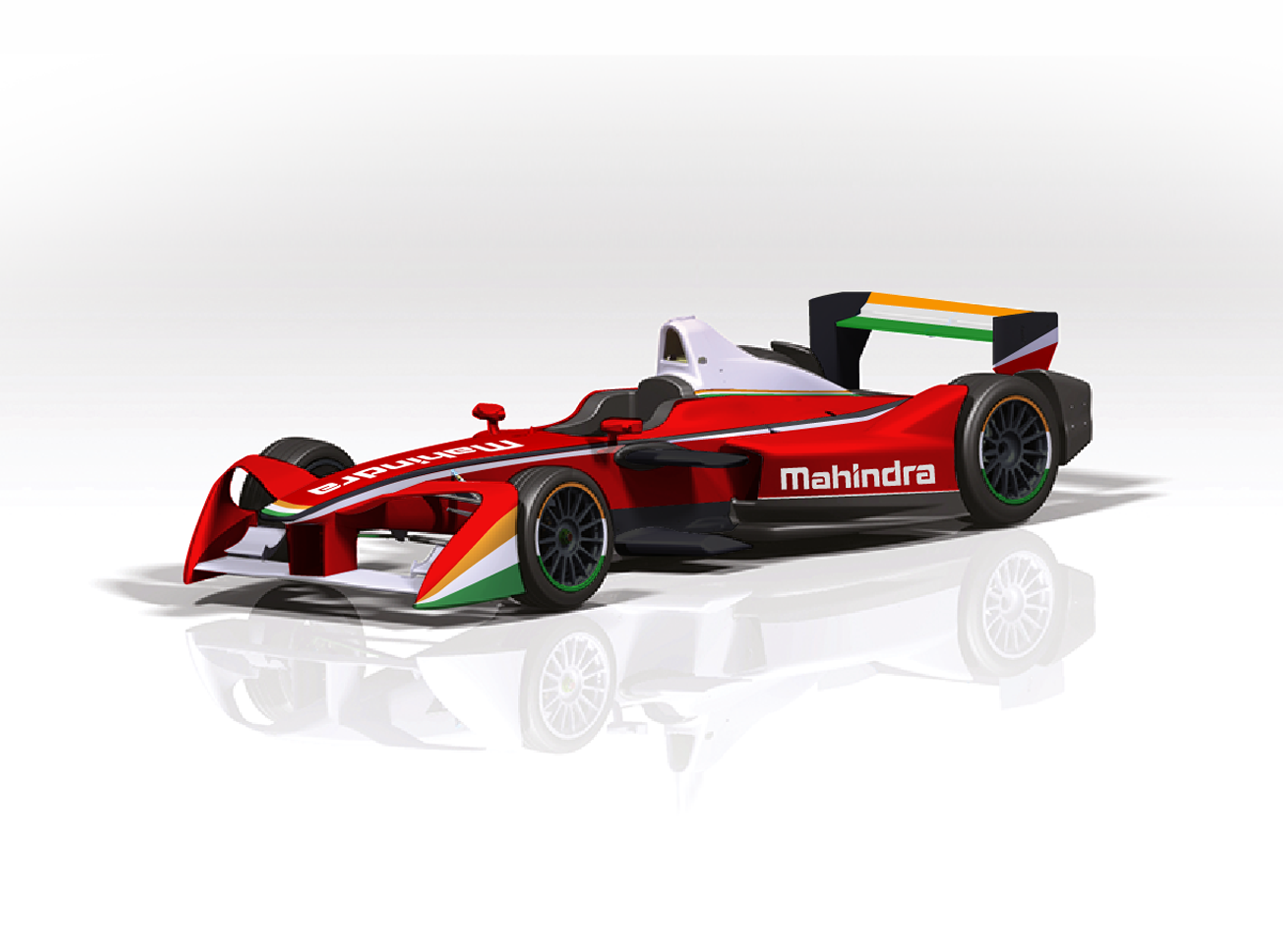